K&D Builders & property maintenance was established back in 1978, by a father and son partnership being made up by Ken Mollet & Derek Mollet (M.I.O.C). They successfully developed a very well known and respected company employing a wide range of skilled tradesmen of which some have been with the company for 30+ years.

In 2006, Derek Mollet employed his son Christopher Mollet who attended college and successfully completed a 4-year Diploma in Carpentry and has gone on to qualify in Health & Safety. He is now the Company’s General Manager and Health & Safety Manager.

At the end of 2008, Ken Mollet retired and Derek Mollet bought the business with his wife Julie Mollet. Derek is the Managing Director and Julie is a Company Director. The company became known as K&D Builders (2008) Ltd trading as K&D Builders.

In early 2015, Derek and Julie employed their daughter Kayleigh part-time as an Admin Assistant, so we really are a family run company!

Some of our Projects 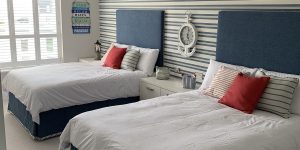 Here is an example of some of the projects we have completed. If you would like us to provide you with a free, no obligation estimate, … END_OF_DOCUMENT_TOKEN_TO_BE_REPLACED

Let Us Organise It All For You

Do you avoid having building works carried out because you don’t have the time to organise everything?

Well, you don’t need to worry any more! We can link the pieces of the project chain together to maintain the continuity of the works which takes this stressful process away from you.

Find out how we can help >

If you would like to arrange an informal, no obligation meeting to discuss your project in person, please do not hesitate to contact us

Any cookies that may not be particularly necessary for the website to function and is used specifically to collect user personal data via analytics, ads, other embedded contents are termed as non-necessary cookies. It is mandatory to procure user consent prior to running these cookies on your website.